The value of women’s labour and resistance 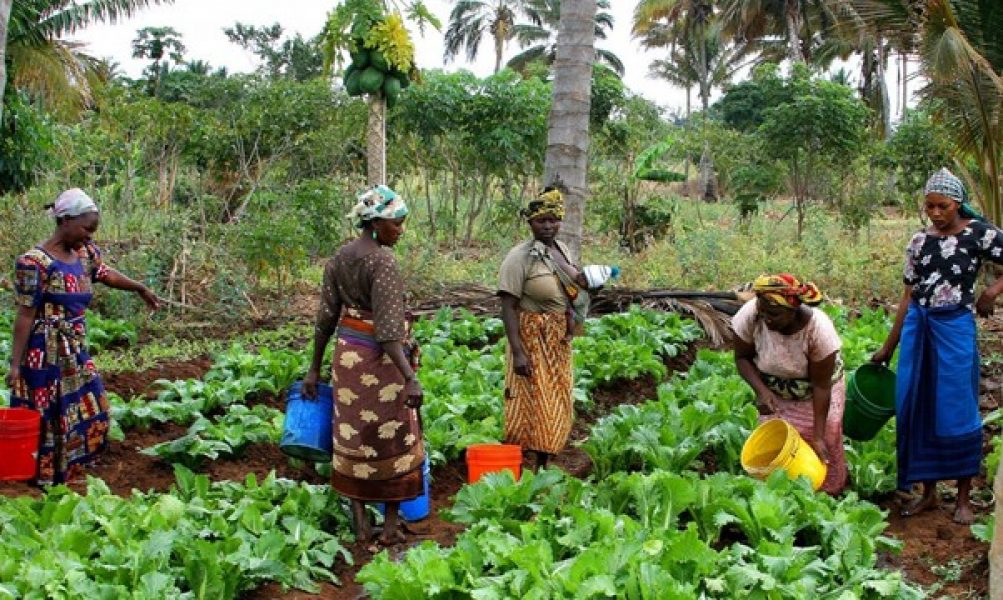 As May Day or International Workers’ Day is widely celebrated by trade unions, national governments, and local and international organisations alike, the COVID-19 pandemic has starkly brought the common struggles of the working class across the globe into sharp focus.  Faced with systematic oppression, and a opens in a new windowcapitalist neoliberal economy that benefits a few at the altar of the oppression of millions who seek out a basic existence every day, and destroying the ecosystem. Women’s work, bodies, land and natural resources are exploited at an increased rate for the gain of extractive companies and a minority ruling elite.

Today in Africa, the impact of lockdowns and COVID-19 related restrictions has been devastating in the formal labour sector with 4.5 million jobs estimated to have been lost in the Africa region in 2020. This is despite the majority of Africa’s labour force sitting in the informal economy as more than 80% of Sub-Saharan Africa sustains its livelihood through informal work. The majority of these informal workers are women and youth, as for every 5 informal workers, 4 are women. This precarious nature of work is attributed to the neo-colonial model of African economies, which largely rely on extractive opens in a new windowmining and agriculture as primary forms of generating revenue. Thus relegating questions about sustainable and inclusive development as secondary to the questions of economic growth through the financialisation of the region.

The impact of this financialisation is evident in the fight for food security led by opens in a new windowpeasant women, as the financialisation of food and agriculture pushes small-scale farmers to be exposed to high price volatility, encourages the use of genetically modified seeds and pesticides, and leads to the displacement of communities for industrial agriculture. This prevailing condition reveals that the earth simply does not possess the capacity for opens in a new windowcapitalism’s endless accumulation model which for centuries has oppressed women specifically through the exploitation of their bodies as sites of free labour.

Women in their communities continue to face multi-layered crises of hunger, violence and extreme poverty as the care work which they do daily is undervalued, if valued at all. African women are opens in a new windowestimated to perform 76.2 per cent of the region’s unpaid care work. The unjust burden of care work on women is evident as 85% of formally employed women in the region, still have unpaid care work responsibilities. Historically, private property has functioned to objectify women as the property of men and enslaved the reproductive capacity of women to the economic system, all whilst opens in a new windowcapitalism continues to increase its production capacity at the cheapest cost possible.

Despite some rights of women being advanced in labour relations, the majority of women in the Global South are still marginalised from this framework and continue to perform free, invisible labour. This large-scale exploitation of women’s labour occurs alongside the rapid destruction of nature and natural resources.

The ongoing WoMin Pan African Dialogues on Extractives highlight the reality that the pandemic has rolled back some of the gains made by communities. Communities remain at the forefront of resisting the destructive impacts of large-scale extractives. In Cameroon, Réseau des Acteurs du Développement Durable (RADD), one of WoMin’s partners, has highlighted the harsh conditions exacerbated by the pandemic which impact women living near agro-industrial plantations.

Movement restrictions have curtailed their livelihoods whilst communities have also been exposed to physical and psychological violence. Many women experienced sexual violence and rape for entering industrial plantations and picking up the nuts which had fallen after cutting. Much of this land is taken by private companies land grabs. More recently in the opens in a new windowOkavango Delta in Namibia, ReconAfrica, a Canadian based company began oil and gas exploration despite it being a World Heritage site, and without the consent of the local communities

Therefore the priorities of our work continue to be to explore and highlight the existing alternatives to development, and make visible the labour of women which is attributed no economic value in the current opens in a new windowcapitalist system. This despite women’s care work being the foundation of any economic system. Sincere and impactful recovery efforts ought to recognise the communities most impacted by the ongoing pandemic.

Women in the African region and across the world continue to be exploited through opens in a new windowcapitalism and its prevailing values and culture. It is therefore imperative that we continue to organise against imperialism’s destruction across the region and build solidarity across national boundaries with opens in a new windowpeasant and working-class women on the continent and beyond.