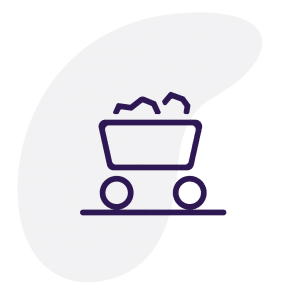 30 October 2019, Abidjan, Côte d’Ivoire – Will the African Development Bank (AfDB) keep its promises to pave the way for a renewable energy future and withdraw funding and political support for the failed Sendou coal plant in Senegal, ask civil society observers?

A new report, Women Stand their Ground against BIG Coal: the AfDB Sendou plant impacts on women in a time of climate crisis, highlights the deleterious effects that the Sendou coal plant has on people, particularly women, and ecosystems amidst the unfolding climate emergency in Africa.

Just over a month ago, African Development Bank President Akinwumi Adesina revealed the AfDB’s plans to scrap coal power stations across the continent and switch to renewable energy. In a speech  opens in a new windowdelivered at the United Nations Climate Summit on September 23, 2019, Adesina told delegates that “…coal is the past, and renewable energy is the future. For us at the African Development Bank, we’re getting out of coal.” Yet the AfDB-funded Sendou coal plant, which began operating in 2018, will generate coal-fired power and pollutants harmful to local and global people’s health for many years to come.

This new Women Stand their Ground report employs a ground-breaking ecofeminist impact assessment frameworkopens PDF file developed by three partnering organisations, opens in a new windowLumière Synergie pour le Développement (LSD), WoMin African Alliance and  opens in a new windowGender Action. By doing so, it lays bare the ecological and climate impacts of a fossil fuel energy system that continues to receive support from powerful corporations and development banks despite compelling scientific evidence that it is a key driver of climate change. The climate and ecological crisis particularly impact the majority of African women who carry primary responsibility, according to a dominant gender division of labour, for putting food on the table and taking care of ecosystems and people.

As the climate crisis deepens across the African continent, the time for the AfDB to act is now! LSD, WoMin and Gender Action, echoing the calls of women in Bargny, call on the AfDB to engage in a full community consultation, with a particular focus on women, to listen directly to their unmediated views about the Sendou coal plant impacts, and respond to their justified requests for remedy and compensation. At the minimum, there should be full compensation for women’s land grabbed, livelihoods eroded, health damaged, unpaid labour burdens compounded and a range of increased social stresses. The AfDB is also challenged to consider and share publicly what its September 2019 decision to no longer support coal projects implies for established projects, like Sendou, that are emitting or will emit carbon which causes climate change.

All institutions – development banks, private financiers, governments and multilateral institutions – should already be in climate emergency mode. They must withdraw from all dirty energy, mega infrastructure and agro-industrial investments and challenge the development assumption that economic growth, opens in a new windowextractivism, and mega / large-scale projects equal development. The newly operating Sendou coal plant exemplifies how business as usual must be overturned if people and the planet are to endure in the coming decades. /ENDS